The Head Covering and Gender Roles: Part One

“Every woman who prays or prophesies with her head uncovered dishonors her head." - I Cor. 11:5

There is considerable resistance, even among so-called conservative and holiness oriented Christians, to women covering their heads in Church, or to use the more common phrase, to women wearing veils. Now, the veiling of women is a Scriptural and Apostolic command given by Paul (I Corinthians 11:4-16), and hence the attitude of a faithful Christian is to accept Scriptural and Apostolic injunctions without question. Let it be clear from the start, as well, that the idea that Paul was only accommodating himself to Jewish or middle eastern practice and that therefore such restrictions no longer apply, is a totally post-modernist and relativist concept. Church Father Tertullian specifically states that this command applies “everywhere and always.” The Apostle Paul provides us with two reasons for this practice.

The second reason, perhaps less explicit, is that a woman should have a cover over her head “because of the angels.”

The first reason seemingly speaks to the social-familial subordinate role of women. Paul however is not concerned with the sexes as such, but rather with higher realities of which men and women are reflections.

The Church Fathers in discussing this issue make it clear that this “subordination” in no way implies that women are inferior persons to men or in any way limited in their relationship to God. Paul himself says that “in Christ Jesus there is neither male nor female.” However, within the social-familial relationship, reflecting the relationship of the Church to Christ, she does have a subordinate position.

As Ambrosiaster says “Although man and woman are of the same substance, the man has relational priority because he is the head of the woman. He is greater than she is by cause and order, but not by substance. Woman is the glory of man, but there is an enormous distance between that and being the glory of God.”

Severian of Gabala, another early Cgurch Father is even more explicit: “what we are talking about here is not nature but a relationship.”

Under normal, healthy conditions the majority of women live within the married state.The family is in fact the building block of any healthy organic culture. Those imbued with Cultural Marxist indoctrination – conscious or unconscious – no longer consider the family as the norm, and whatever loyalties they have are more oriented towards a Leftist social construct, which encourages single parent “families,” same sex “marriages,” homosexuality and a host of unhealthy, disordered agendas. But for the Christian and the Traditionalist, the family unit remains the norm.

To understand the proper status of women in the married state we should turn once again to Paul, who speaks to this in Chapter 5 of his letter to the Ephesians:

“For the Church is subject to Christ, so also let the wives be to their husbands in all thing. Husbands love your wives, as Christ also loved the church, and delivered himself up for it: that he might sanctify it, cleansing it by the laver of water in the word of life. …so ought men to love their wives as their own bodies. He that loveth his wife, loveth himself… This is a great sacrament.”

I am fully aware that militant feminists dislike this passage because it speaks of obedience. Yet, under normal circumstances the father is head of the family. In this he reflects the presbyter who is “father” to the local Christian community, and both in turn reflect God who is “our Father in Heaven.” The father of the family is spiritually responsible for those under his care, and following the teaching of Our Lord, he can say: “if you love me you will obey my commandments.” 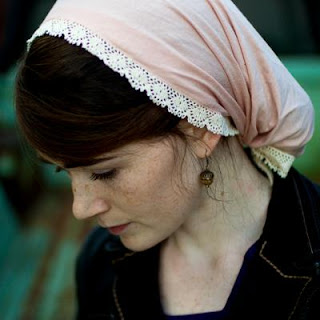 He is of course himself under the obligation of obedience to Christ. He rules the family by “divine right,” – “right” being an older word for “law.” If he rules by other than divine right, that is, if he institutes his own private rules, replacing those of God, he becomes a tyrant. If indeed the head of the family is to pattern his behavior after Christ, the woman should have little trouble in giving him obedience. The end result of such a relationship is that the family itself becomes a microcosm of the Church, or a Nazareth in which the children can grow up “subject” to their parents as Jesus was to his parents. This in turn creates a healthy organic culture.
Paul tells us in the next sentence that children are obliged to obey their parents. It will be argued that this is a rather “idealized” picture, but if the normal has become only an idealized picture in our age, this is indeed a tragedy, the fruits of which we see all around us.The Third Wave Feminist and Marxist agenda holds that women and men are equal in everything- a demonstrative absurdity. It is the subordinate role that agitates and infuriates the Cultural Marxist woman.

The Cultural Marxist attitude regarding gender roles is not entirely modern and has been refuted in ages past. John Chrysostom commented in the fourth century that “a woman does not acquire a man’s dignity by having her head uncovered but rather loses her own. Her shame and reproach thus derive from her desire to be like a man as well as from her actions” (Homilies on the Epistles of Paul to the Corinthians, 25.4). He likens the situation to a governor approaching a king without the symbols of his office, and holds that a woman in covering her head in church is approaching God with the symbol of her office. For those of the Christian faith, the same subordinate role requires their obedience both to the rule and to the superior who is spiritually speaking, Christ. If there is “rebellion” in the family, there is even greater rebellion in the orders, and this very often starting with the superiors who are themselves refusing obedience to Christ.

All this does not deny that women are of the same substance as man, but rather gives expression to a relationship between them. As Ambrosiaster says, “man is the head of the woman. He is greater than she is by cause and order, but not by substance. Woman is the glory of man, but there is an enormous distance between that and being the glory of God.” (Commentary on Paul’s Epistles).

Augustine further comments that “it is not as though one part of humanity belongs to God as its author and another to darkness, as some claim. Rather the part that has the power of ruling and the part that is ruled are both from God” (Against the Manicheans 3.26.40).

What is frequently not realized is that it is far better to live under obedience than to be placed in command. Of course we are all under obedience to Christ, but as is true in any organization, obedience flows from the “top,” through a hierarchy of authorities to those below. Obedience is not blind and can never be used to command what is sinful. One must always understand what one is obeying, and one is under no obligation to obey that which conflicts with the word of God.
Labels: Church Fathers Church History Early Christianity Early Church gender roles J. Davila-Ashcraft paleo-orthodoxy Patristics Pauling theology women's head covering. 1 Corinthians 11:5