Was Jesus a Mystical Guru? 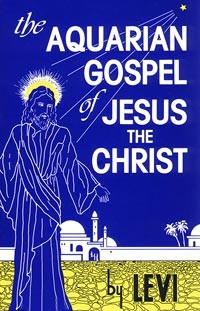 Could Jesus simply have been a great teacher? A guru-like character teaching the wisdom of various spiritual traditions? Should we accept the claims of those who claim to have gleaned their writings from some spiritual realm, or through visions and dreams?

The Aquarian Gospel of Jesus the Christ (full title:The Aquarian Gospel of Jesus the Christ: The Philosophic and Practical Basis of the Religion of the Aquarian Age of the World and of the Church Universal) is a book by Levi H. Dowling, first published on 1 Dec 1908. Dowling, (May 18, 1844 - August 13, 1911) was an American preacher. He was born in Bellville, Ohio. His father, of Scots and Welsh descent, was a pioneer preacher among the Disciples of Christ. At the age of thirteen, in his first public debate, he took the negative side against a Presbyterian elder on "The Everlasting Punishment of the Wicked."

Levi began preaching at the age of sixteen; and at the age of eighteen was pastor of a small church. He entered the United States Army at the age of twenty, as a chaplain, and served in this capacity to the end of the Civil War. In 1866-1867, he was a student at Northwestern Christian University at Indianapolis, Indiana.

The next year he began publishing Sunday school literature, issuing Sunday school lesson papers, song books, and a children's Sunday school paper. Dowling preached at President Lincoln's funeral service to Union troops in Illinois. He was the author of two spiritual healing books Self-Culture and Biopneuma: The Science of the Great Breath. The publisher's introduction to Biopneuma says that Levi taught chemistry, toxicology, physiology, histology, and lectured on the use of electricity in medicine.

Much of his time was devoted to the cause of prohibition. He was a graduate of two medical colleges, and practiced medicine for a number of years. He retired from the medical profession to resume his literary work.

He said he had transcribed the text of the book from the Akashic records, a purported occult compendium of mystical knowledge supposedly encoded in a non-physical plane of existence. In the later 20th century, this Theosophical1 concept was adopted by New Age spiritual groups.

The title is derived from the practice in astrology of naming time periods in terms of constellations and their dominant positions in the sky, according to the earth's axial procession. In that system, the Age of Aquarius is approaching. The Aquarian Age denotes the human race as standing on the cusp of the Piscean-Aquarian Ages. Aquarius is an air sign and, according to occultists, the New Age is already noted for remarkable inventions for the use of air, electricity, magnetism, etc. Men navigate the air as fish do the sea, and send their thoughts spinning around the world with the speed of lightning.

Dowling claimed the book was the true story of the life of Jesus, including “the ‘lost’ eighteen years, silent in the New Testament.” Dowling claimed to have transcribed it from the Akashic records in the early morning hours from two to six - the absolutely "quiet hours".

According to Dowling's visions, Mary, the mother of Jesus, lived in the temple of Jerusalem where she was personally taught “all the precepts of the Jews”2 by none other than Hillel. She was then betrothed to Joseph, who, Dowling claims, was an Essene. 3When Mary meets Elizabeth, John the Baptist's Mother, she exclaims:

Mary and Elizabeth eventually find themselves students of two mystical masters- Elihu and Salome. Speaking to the two women in a “sacred grove”, Elihu says:

“And these, your sons, will be the first to tell the news, and preach the gospel of good will to men, and peace on earth. A mighty work is theirs; for carnal men want not the light, they love the dark, and when the light shines in the dark they comprehend it not. We call these sons, Revealers of the Light; but they must have the light before they can reveal the light.”5

Elihu goes on to say that Mary and Elizabeth are to, “Teach them that God and man are one..”6

Salome, in one mystical lesson tells them:

“And blessed is the man whose spirit is triumphant and whose lower self is purified; whose soul is cleansed, becoming fit to be the council chamber of the manifests of Tao Great.”7

Dowling weaves a story of Theosophical lesson after lesson given to the expectant mothers, affirming the truth of Hinduism, Zoroastrianism, Buddhism, and Egyptian paganism. We are told other odd things as well.

Things such as:
Indeed, Dowling's occult visions seem to have Jesus living in nearly every eastern nation.


Is there any truth to the Aquarian Gospel?

There are many contradictions and inaccuracies in the Aquarian Gospel. The book begins with an historical inaccuracy: "Augustus Caesar reigned and Herod Antipas was ruler in Jerusalem." Antipas actually ruled in Galilee, never in Jerusalem.

A crucial problem with the Aquarian Gospel concerns its idea as to the source of Jesus' teachings. If Jesus obtained His wisdom from the spiritual teachers of India, Greece, and other countries, then why do His teachings not reflect it? The teachings of Jesus, as recorded in the biblical Gospels, are in direct conflict with every central belief of Hinduism, Buddhism, and the other religions with which He supposedly came into contact according to the Aquarian Gospel.

In the final analysis, the Aquarian Gospel gives us a false portrait of the life of Christ. It is not based upon any historical records or eyewitness testimony but rather upon claimed mystical visions and the imagination of a nineteenth-century occultist.

It has no value whatsoever in providing new or accurate information on the lost years of Christ. It has no historical basis and thus, should not be taken seriously.