Was Jesus In India? 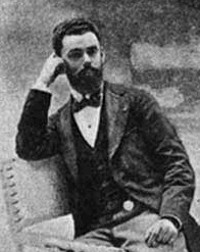 Could it be that Jesus spent his lost years in India and Tibet? Some New Age and Theosophical oriented authors and teachers think so. But is there any evidence for this belief?

Nikolai Aleksandrovich Notovich, known in the West as Nicolas Notovitch was a Crimean Jewish adventurer who claimed to be a Russian aristocrat and journalist. In 1894, he created quite a stir with the publication of his book, The Unknown Life of Christ. The book claims that during his lost years Jesus left Galilee for India and studied with Buddhists and Hindus there before returning to Judea. Notovitch's claim was based on a document he said he had seen at the Hemis Monastery.

Notovitch claimed that he broke his leg in India and while recovering from it at the Hemis monastery in Ladakh, he learned of the "Life of Saint Issa, Best of the Sons of Men" –Isa being the Arabic name of Jesus in Islam. Notovitch's story, with the text of the "Life," was published in French in 1894 as La vie inconnue de Jesus Christ. It was translated into English, German, Spanish, and Italian.

Notovitch claimed that the chief lama at Hemis told him of the existence of the work, which was read to him through an interpreter, the somewhat detached verses of the Tibetan version of the "Life of Issa.” Notovich claim it had originally been translated from the Pali language. Notovitch claimed that he himself afterward grouped the verses "in accordance with the requirements of the narrative." As published by Notovitch, the work consists of 244 short paragraphs, arranged in fourteen chapters. The otherwise undocumented name "Issa" resembles the Arabic name Isa, used in the Quran to refer to Jesus and the Sanskrit "īśa", the Lord.

The "Life of Issa" begins with an account of Israel in Egypt, its deliverance by Moses, its neglect of religion, and its conquest by the Romans. Then follows an account of the Incarnation. At the age of thirteen the young Jesus, rather than take a wife, leaves his home to wander with a caravan of merchants to India (Sindh), to study the laws of the great Buddhas. Issa is welcomed by the Jains, but leaves them to spend time among the Buddhists, and spends six years among them, learning Pali and mastering their religious texts. Issa also spent six years studying and teaching at Jaganath, Rajagriha, and other Hindu holy cities. The claimed “translation” says:

“They taught him to read and understand the Vedas, to cure by aid of prayer, to teach, to explain the holy scriptures to the people, and to drive out evil spirits from the bodies of men, restoring unto them their sanity.”

Issa is said to come into conflict with the Brahmans (Hindu priests) over his teaching of the lower castes.

“But Issa listened not to their discourses and betook him to the Sudras, preaching against the Brahmans and the Kshatriyas. He inveighed against the act of a man arrogating to himself the power to deprive his fellow beings of their rights of humanity; "for," said he, "God the Father makes no difference between his children; all to him are equally dear."1

It also has Jesus saying such strange things as:

“The Judge Eternal, the Eternal Spirit, comprehends the one and indivisible soul of the universe, which alone creates, contains, and vivifies all.”

“He is the principle of the mysterious existence of man, in whom he has breathed a part of his Being.”

“The Eternal Spirit is the soul of all that is animate.”2

At twenty-nine, Issa returns to his own country and begins to preach. He visits Jerusalem, where Pilate is apprehensive about him. The Jewish leaders, however, are also apprehensive about his teachings, yet he continues his work for three years. He is finally arrested and put to death for blasphemy, for claiming to be the Son of God. His followers are persecuted, but his disciples carry his message to the world. Notovitch's book stirred up significant controversy as soon as it was published. Max Müller, a German philologist and Orientalist, who was one of the founders of the western academic field of Indian studies and the discipline of comparative religion, expressed incredulity at the accounts presented and suggested that either Notovitch was the victim of a practical joke, or had fabricated the evidence.3 Müller said:

“Taking it for granted that M. Notovitch is a gentleman and not a liar, we cannot help thinking that the Buddhist monks of Ladakh and Tibet must be wags, who enjoy mystifying inquisitive travelers, and that M. Notovitch fell far too easy a victim to their jokes.”

J. Archibald Douglas, who was a professor of English and History at the Government College in Agra India, visited the Hemis monastery to interview the head lama who had corresponded with Müller and the lama again stated that Notovitch had never been there and no such documents existed. Wilhelm Schneemelcher, a German Protestant theologian and expert on the New Testament Apocrypha (died 2003), states that Notovich's accounts were soon exposed as fabrications, and that to date no one has even had a glimpse at the manuscripts Notovitch claims to have had.5 Notovich at first responded to claims by defending himself. But once his story had been re-examined by historians, Notovitch finally gave up and confessed to having fabricated the evidence.6

Controversial author Bart D. Ehrman, says that "Today there is not a single recognized scholar on the planet who has any doubts about the matter. The entire story was invented by Notovitch, who earned a good deal of money and a substantial amount of notoriety for his hoax." 7

However, this was not the end of the Jesus in India myth, as others picked up on Notovich's story and embellished it. In 1899 Mirza Ghulam Ahmad wrote Jesus in India (published in 1908) and claimed that Jesus had traveled to India after surviving crucifixion, but specifically disagreed with Notovitch that Jesus had gone to India before crucifixion.

Contemporary New Age authors and fringe writers have taken these themes and incorporated them into their own works. For example, in her book "The Lost Years of Jesus: Documentary Evidence of Jesus' 17 Year Journey to the East", Elizabeth Clare Prophet, former leader of the Church Universal and Triumphant cult in Montana, relying heavily on Notovich, asserts that Buddhist manuscripts provide evidence that Jesus traveled to India, Nepal, Ladakh and Tibet.8

In his book Jesus Lived in India, German author Holger Kersten promoted the ideas of Nicolas Notovich and Mirza Ghulam Ahmad. Gerald O'Collins classified Kersten's work as the repackaging of the same stories.

So is there any evidence whatsoever for the belief that Jesus went to India? The clear and unavoidable answer is an emphatic no.

The facts are that Notovich's story and the text itself does not hold up to academic scrutiny.

Also, the words Notovich places in Jesus mouth, reflective of a panentheistic9 view of God, would never have been uttered by an orthodox Jew living an orthodox Jewish life, such as Jesus lived. Nor do they find any connection to the teachings of Jesus as recorded in the canonical Gospels.

And finally, Notovich's admitting to have invented the entire story must be taken into account. It is clear we are dealing with a hoax here, and yet another fringe myth is debunked.

1Life of Saint Issa, Chapter Five
2Life of Saint Issa, Chapter 6
3Simon J. Joseph, “Jesus in India?” Journal of the American Academy of Religion, Volume 80, Issue 1, pp. 161-199
4Bradley Malvovski, “Some Recent Developments in Hindu Understanding of Jesus”, Journal of Hindu-Christian Studies (2010), Volume 23, Article Five
5New Testament Apocrypha, Vol. 1: Gospels and Related Writings(1990), Page 84, “A particular book by Nicolas Notovich...shortly after the publication of the book, the reports of travel experiences were unmasked as lies. The fantasies about Jesus in India were also soon recognized as invention...down to today, nobody has had a glimpse of the manuscripts with the alleged narratives about Jesus.”
6Douglas T. McGetchin, Indology, Indomania and Orientalism, Fairleigh Dickinson Univ. Press, (2009). “Faced with this cross examination, Notovich confessed to fabricating his evidence.”
7Forged: Writing in the Name of God, New York, Harper and Collins, pp. 282-283
8Elizabeth Clare Prophet, The Lost Years of Jesus: Documentary Evidence of Jesus' 17 Year Journey to the East, page 468.

9The belief that God includes in Himself all that exists, and interpenetrates it. This is in conflict with the orthodox Christian doctrine of God's distinction from His creation. He remains wholly “other”.
Labels: Apologetics Christianity Christology fringe history Issa J. Davila-Ashcraft Jesus in India Life of Jesus New Age New Testament Nikolai Notovich paleo-orthodoxy