Was Jesus an Essene? 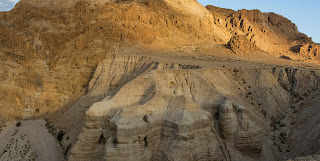 The Essenes were a sect of Second Temple Judaism that flourished from the 2nd century BC to the 1st century AD which some scholars claim seceded from the Zadokite priests. Being much fewer in number than the Pharisees and the Sadducees (the other two major sects at the time), the Essenes lived in various cities but congregated in communal life dedicated to asceticism (some groups practiced celibacy), voluntary poverty, and daily ritual immersion. Jewish historian Josephus records that the Essenes existed in large numbers, and thousands lived throughout Roman Judaea. Could Jesus have been an Essene? Was he raised in an Essene community?

Edmond Bordeaux Szekely (1905–1979) was a Hungarian philologist, linguist, philosopher, psychologist and natural living advocate. Szekely claimed to have translated a text he discovered at the Vatican in 1923, called The Essene Gospel of Peace, which he published in four parts over several decades. With the 1974 edition, he also included what he said was the complete original Hebrew text from which he translated a portion of his book. In 1928 Szekely founded the International Biogenic Society. He traveled widely, to such places as Tahiti, Africa, the Carpathians, France, and Eastern Europe. Szekely claimed that, while studying at the Vatican in 1923, he had found and translated several obscure Hebrew and Aramaic texts which he said proved the Essenes were vegetarians, and that vegetarianism was central to the teachings of Jesus. These texts became The Essene Gospel of Peace and The Essene Book of Revelation. Another version of the story is that, in the scriptorium of the Benedictine monastery of Monte Cassino, he found the original Hebrew text of The Essene Gospel of Peace.1

Szekely later said that he recognized several fragments in these that were either similar, or identical, to various passages from the Old and New Testaments, and the Dead Sea Scrolls.2

Book 1, which he said constituted an eighth of the material, was published in 1936. He published more material in following years, including Books 2 and 3 in 1974, which with Book 1, he said, make up a third of the material.

The contents of the books is interesting, to say the least. It contains some rather odd teachings which are placed in Jesus' mouth. For example, Jesus gives a discourse that is clearly pantheistic:

“Happy are you, that you would cast off the power of Satan, for I will lead you into the kingdom of our Mother's angels, where the power of Satan cannot enter. And they asked him in amazement: "Who is our Mother and which her angels? And where is her kingdom?"

"Your Mother is in you, and you in her. She bore you, she gives you life. it was she who gave to you your body, and to her shall you one day give it back again. Happy are you when you come to know her and her kingdom; if you receive your Mother's angels and if you do her laws. I tell you truly, he who does these things shall never see disease. For the power of our Mother is above all. And it destroys Satan and his kingdom, and has rule over all your bodies and all living things."

Szekely developed a Creed from the Essene Gospel of Peace, which is as follows:
It would be difficult to distinguish the crux of these teachings (as summed up in the final statement above) from Freemasonry.

While Szekely's claimed translations of the so-called "Essene Texts" have drawn interest from followers of various New Age cults, the original manuscripts have never been located, and Szekely's claims have been considered fraud by religious scholars.

When University of Lund theologian and Biblical scholar Per Beskow investigated Szekely's claims in Strange Tales About Jesus, both the Vatican and the National Library of Vienna denied that the original manuscripts existed. The Vatican also denied that Szekely had ever been admitted to the Vatican Archives in 1923. The third claimed manuscript source was the library at Monte Cassino, which was destroyed during World War II.4

Some critics have pointed out that Szekely, after originally publishing a French translation, first published it in English in 1937 as The Gospel of Peace of Jesus Christ by the Disciple John. After the discovery of the Dead Sea Scrolls in the 1940s and intense public interest in the Essenes, Szekely republished an updated version as The Essene Gospel of John. The scrolls appearing on the title page of later editions are not the manuscripts Szekely claimed to translate, but a reversed image of a Dead Sea Scroll from Professor Millar Burrows'5 book, The Dead Sea Scrolls, published in 1958.

It is abundantly clear that we cannot accept the claims of Szekely, nor of his Essene myth.

Others have picked up on this same hypothesis, though they do not resort to fabricated pseudo-gospels for support. The problem with the Essene hypothesis is that Jesus' teachings and practices were extremely different from those of the Essenes.

It is apparent that Jesus' teachings and practices were quite different from those of the Essenes. While Jesus may certainly have known some Essenes, he clearly was not a member of their community.