Repentance and the Church Militant 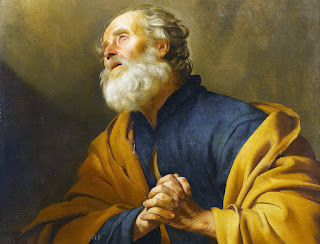 “I came not to call the righteous, but sinners to repentance.”-Luke 5:32

When a recruit joins an army, he must take an oath of allegiance to his nation, to defend it against all enemies. When you join the Church Militant, you must repent of your allegiance to sin and the revolution of Satan, and pledge to defend the Kingship of Christ and the faith against all enemies. This is done first, on a personal basis, through repentance and ongoing growth in righteousness, culminating in entire sanctification. Repentance is an inward decision or change of mind toward God resulting in the outward action of turning from sin to God and righteousness. In other words, a change of heart and mind toward God that produces a change in thoughts, attitudes and actions. Acts 20:21 calls it "repentance toward God." By the act of repenting you turn away from your sin and leave the ongoing rebellion of Satan. Repentance is a personal decision to change your allegiance from the Satanic revolution to the Kingdom of God and Kingship of Christ.

“Then God also to the Gentiles granted repentance unto life.” - Acts 11:18

“Him [Jesus] has God exalted with His right hand to be a Prince and a Savior, for to give repentance...”- Acts 5:31

“Repentance is great wisdom. For he who has sinned understands that he acted wickedly in the sight of the Lord. He remembers the actions he has done, and he repents.” -Hermas

Although emotions may be involved in repentance, true repentance is an intellectual decision, and an act of the will, not just an emotion. Sorrow for sin and the shedding of tears is not enough in itself. This must be accompanied by an inward decision that results in an outward change.

“Repentance is the price for which the Lord has determined to award pardon...” -Tertullian

“God especially desires for men to be cleansed of their sins. Therefore, he commands them to repent.”- Lactantius

Repentance is necessary for eternal life. Through repentance and acceptance of the sacrifice and Kingship of Christ the penalty of death is removed and eternal life is granted.

“When they heard these things, they held their peace, and glorified God, saying, Then has God also to the Gentiles granted repentance unto life.”- Acts 11:18

“He who ceases to sin renders the anger of God extinguishable.” -Lactantius

It is necessary for forgiveness. God cannot forgive your sins unless you repent.

“Then Peter said unto them, Repent, and be baptized every one of you in the name of Jesus Christ for the remission of sins, and you shall receive the gift of the Holy Spirit.” - Acts 2:38

“It is possible if he repents of his actions and makes satisfaction to God, turning to better things.”
-Lactantius

It is God's desire that no one experience the spiritual destruction of eternal punishment in Hell.

“The Lord...is long suffering to us-ward, not willing that any should perish, but that all should come to repentance.” - II Peter 3:9

It is one of the reasons Christ came into the world.

“I came not to call the righteous, but sinners to repentance.” - Luke 5:32

It is necessary to enter God's Kingdom.

“From that time Jesus began to preach, and to say, Repent: for the Kingdom of Heaven is at hand.” - Matthew 4:17

When you become part of the Church Militant, you are automatically enlisting in the army of God, as it were. When you ask for forgiveness of sins you experience "conversion." Conversion means "to turn." When it is used in connection with repentance, it means to turn from sin and the ongoing rebellion of Satan, and to turn to the Gospel of Jesus Christ and His personal and social Kingship. You leave the revolution of Satan and join the Kingdom of God. Conversion is turning from the darkness of sin and disorder to the light of God's righteousness.

It is turning from the influence of Satan to reliance on God.

It is turning from the world of Modernity, and turning to spiritual things.

It is turning from false gods and and false religions to the true and living God.

“...Ye turned to God from idols to serve the living and true God.” - I Thessalonians 1:9

This means turning away from the idols of Modernity; its music, its customs, its style of dress, its politically correct language, its political ideologies. You must turn from these former things-that is, your participation in the revolution of Satan ends, and you turn to God and the Kingship of His Son, Jesus Christ.

“Verily I say unto you, except ye be converted, and become as little children, ye shall not enter into the Kingdom of Heaven.” - Matthew 18:3

It saves you from spiritual destruction.

“He which converts the sinner from the error of his way shall save a soul from death and shall hide a multitude of sins.” - James 5:20

It is required for the removing of your sins. Your sin is written in the records of God until you repent and are converted, then your sins are blotted out.

“Repent ye therefore, and be converted, that your sins may be blotted out...”- Acts 3:19

Repentance and conversion are best illustrated by a story Christ told about the prodigal son, found in Luke 15:11-24.

This young man left his father and home, went to a distant land, and through sinful living and rebellion wasted all of the gifts his father bestowed upon him. Eventually he realized his condition. He was hungry, lonely, filthy, in rags, and tending pigs for a job. It was so bad he was actually eating pig slop. Then he made an important decision. He said, "I will arise and go to my father."

Luke 15:20 tells us how the young man arose and left his old rebellious life and went to his father to start a new life. This is conversion. All of humanity is like the prodigal son. In our sinful and rebellious state we turned our backs on God our Father and Heaven our intended home, where we can enjoy the Beatific Vision and company of the Saints. Each step we take toward rebellion is a step away from God and one step nearer the spiritual destruction of eternal separation from God.

There is a major decision we must make. We must come to our senses and recognize our spiritual condition. We must make an intellectual decision which will result in a change of spiritual destiny.

There are two other terms used in the Sacred Scriptures which relate to repentance. These terms are "justification" and "salvation." God is the judge of all mankind. When you are living in sin you are condemned before Him.

“...but he that does not believe is condemned already, because he has not believed in the name of the only begotten Son of God. And this is the condemnation, that light is come into the world, and men loved darkness rather than light, because their deeds were evil.” - John 3:18-19

When you repent from sin, confess those sins, and make the decision to turn from your sinful ways, this establishes a righteous relationship with God. This relationship or right standing before God is called "justification".

When you are justified, you are saved from a life of sin as well as from the penalties of sin. This is possible only through living the Gospel and joining His church where you can avail yourself of its spiritual riches.
Labels: conversion J. Davila-Ashcraft justification Luke 5:32 New Testament paleo-orthodoxy Patristics repentance salvation what is repentance?