What We Know About John's Gospel 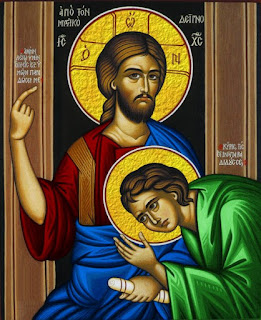 John's Gospel is one of the more popular gospel accounts of the  life of Christ, perhaps due to the language John uses to convey his account. It is rich with theological and devotional content. It helps to know a bit about the background of the book and its author as you undertake a study of it.

The author is traditionally considered to  be John the Apostle.


"What are we to say of him who leaned on Jesus' breast- namely, John? He left one gospel.."- Origen


"The fourth gospel is that of John, one of the disciples. When his fellow disciples and bishops entreated him, he said, "Fast now with me for the space of three days, and let us recount to each other whatever may be revealed to each of us." On the same night, it was revealed to Andrew, one of the apostles, that John should narrate all things in his own name as they called them to mind."- Muratorian Fragment


We know several things about John the Apostle. Scripture and the Church Fathers also tell us the following:


"There are also those who heard from Polycarp that John, the disciple of the Lord, went to bathe at Ephesus. But realizing that Cerinthus was within, John rushed out of the bath house without bathing. Instead, he exclaimed, "Let us fly, lest even the bath house fall down, because Cerinthus, the enemy of the truth, is within."- Irenaeus

"The church in Ephesus was founded by Paul, and John remained among them permanently until the time of Trajan."- Irenaeus

"On the tyrant's death (Domitian), John returned to Ephesus from the isle of Patmos."- Clement of Alexandria

Date of Composition
The Gospel of John was written in the latter part of the first century, about 85-90 A.D. Some scholars give it an earlier date (80-85 A.D.), and some a bit later (90-100 A.D.). Tradition states that it was composed at Ephesus after John's return from Patmos in about 96 A.D.

Purpose
Beyond sharing the recollections of John on the life of Jesus, the theology of the gospel appears to be designed to convince readers that Jesus is both divine and human. Another obvious purpose is so that, once readers are convinced of Jesus' identity, they might believe on Him and receive eternal life. Thus, the purpose of John's gospel is twofold: evangelistic and apologetic.
Labels: Church Fathers Early Christianity Early Church Gospel of John J. Davila-Ashcraft John the apostle John the Beloved Disciple paleo-orthodoxy Patristics