God and Man: Does It Matter? 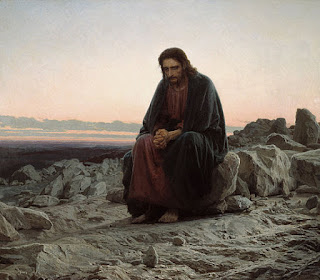 I. Why did Christ have to be a man?
It must first be said that Jesus was indeed human in every way, even as we are. He experienced every stage of human life (sanctifying each stage); birth, growth, temptation, happiness, sorrow, etc.

“And the child grew and became strong; he was filled with wisdom..”- Luke 2:40

These are characteristics of humanity. In Christ's humanity he experienced growth and learning just as any other human. The Incarnation as man is necessary, not just for salvation, but to provide for man a pattern by which we can know what it is to live a holy human life.

“To this you were called, because Christ suffered for you, leaving you an example, that you should follow in his steps.”- I Peter 2:21

“Whoever claims to live in him must live as Jesus did.”- I John 2:6

Christ also had to be a man because sin entered the world through a man. From this man, we all suffer the defects of inherited depravity. Justice therefor demands that, since sin and death entered the human experience through a man, it must be removed by a man.

“For if by the transgression of the one the many died, much more did the grace of God and the gift by the grace of the one Man, Jesus Christ, abound to the many.”
- Romans 5:15

“For since by man came death, by man also came the resurrection of the dead. For as in Adam all die, even so in Christ all will be made alive.”- I Corinthians 15:21-22

The Church Fathers affirm this. Irenaeus writes, speaking of those who deny His humanity, that they:

“...allege that He took nothing from the virgin, do greatly err. In order that they may cast away the inheritance of the flesh, they also reject the analogy between Him and Adam.... for if He did not receive the substance of flesh from a human being, He neither was made man nor the Son of Man. And if He was not made what we were, He did no great thing in what He suffered and endured...For why did He come down into her if He was to take nothing of her?”- Irenaeus

“Nor did the Son truly redeem us by His own blood, if He did not really become man.”
- Irenaeus

“The Loving Lord became man for us.”- Clement of Alexandria

Thomas Oden writes, “Anselm reasoned that: "It was quite impossible for Him to save man in some other way,” since fallen humanity needs an impeccable divine mediator who shares our human condition.” (Classic Christianity, pg. 271)

John of Damascus wrote, “God the Word was made man for this reason, that the very nature which had sinned, fallen, and become corrupt should conquer the tyrant who had deceived it.”

II. Why did Christ have to be God?
The answer to this question is very similar to that of our first question. Christ had to be God because the nature of our sins is limitless, and thus, requires that only an infinite being (God) could atone for them. A man, even a sinless one, could never atone for the cumulative sins of humanity throughout all time.

Scripture is very clear that Jesus is not only man, but God.

“The Word became flesh and made His dwelling among us.”- John 1:14

Many critics of Christianity make the claim that Christ never claimed divine status. However, Jesus also made it clear that He is God in His own words.

The Church Fathers had much to say with regard to this topic.

“God Himself was manifested in human form for the renewal of eternal life.”- Ignatius

“Truly God Himself, who is Almighty, the Creator of all things, and invisible, has sent from heaven, and placed among men, the One who is truth, and the holy and incomprehensible Word...God did not, as one might have imagined, send to men any servant, angel, or ruler....rather, he sent the very Creator and Fashioner of all things- by whom He made the heavens...As a king sends his son, who is also a king, so God sent Him. He sent Him as God.”- Letter to Diognetus

“The Father of the universe has a Son, and He, being the First Begotten Word of God, is even God.”- Justin Martyr

“Therefor, it was necessary that the Word would become possessed of a body. This was so He could deliver us from the death of natural corruption.”- Justin Martyr

“For this reason, therefor, a Mediator came- that is, God in the flesh- that the flesh might be able to follow Him. It was also that He might rescue man from death- which has dominion over all flesh.”- Lactantius

These facts establish the fact that Christ had to be both man and God. He had to be man, since sin and death entered the world through the sin of a man (Adam), and a sinless man had to pay the just penalty of sin; and he had to be God, since only God, being infinite, could atone for the limitless sins of humanity throughout history and overcome death.
Labels: Bible Christology God Hypostatic Union J. Davila-Ashcraft Jesus Christ Man New Testament paleo-orthodoxy Sacred Scripture theology