God's Foreknowledge, Predestination, and Free Will 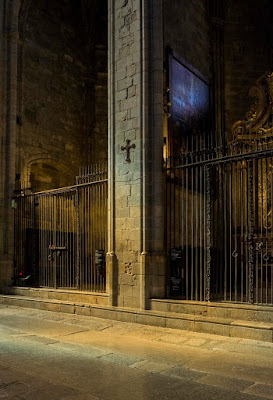 The topic of God's foreknowledge has been a divisive and difficult one, not unlike the doctrine of the Elect. The Calvinist approach, which connects foreknowledge to predestination, does damage to God's very character, making a caricature of Him as a cold, uncaring, arbitrary being. What is needed to adequately refute such a calumny is a biblical definition of foreknowledge, and its true relationship, if any, to predestination. The answers that appear to be so elusive to so many Christians today are actually right under our noses. We will begin by examining the key New Testament passages on the topic, and gleaning from them the components of a biblical definition of Divine Foreknowledge.

Acts 2:23 reads, “This man was handed over to you by God's deliberate plan and foreknowledge; and you, with the help of wicked men, put him to death by nailing him to the cross.”

From this passage we can plainly see that God, in His omniscience, is certainly possessed of foreknowledge. While one might attempt to build a case for the Calvinist understanding of the topic from this verse (if taken alone and out of context), it does not really support that view. This verse is speaking specifically of the plan of salvation accomplished through Christ, whom God foreknew would save humanity by God's deliberate plan. In this case, the deliberate plan was not something done to Jesus without consent, but something that Jesus, as God, willingly participated in out of love for His creatures. We also must keep in mind that Man has free moral agency, given to him by God in His sovereignty, not somehow in violation of His sovereignty. This is an important point as we progress.

“I call heaven and earth as witnesses today against you, that I have set before you life and death, blessing and cursing; therefore choose life, that both you and your descendants may live.”- Deuteronomy 30:19, 20

“If you are willing and obedient, you shall eat the good of the land; but if you refuse and rebel, you shall be devoured by the sword.”- Isaiah 1:19, 20

“Hold fast what you have, that no one may take your crown. He who overcomes, I will make a pillar in the temple of My God.”- Revelation 3:11, 12

Thus, Acts 2:23 merely establishes that God possesses foreknowledge, not that such foreknowledge is the cause of all events in history or in the lives of individuals. In this sense, God's foreknowledge is simply God's perfect comprehension of the future and His provision for those who use their free moral agency wisely. Foreknowledge does not equal causation. Man is still possessed of free will, and that by God's sovereign decree.

In other words, Man's free moral agency is a product of God's sovereignty, not in conflict with it or controlled by it. This is not simply the view of an Arminian, but that of the Church Fathers as well.1

“Neither do we maintain that it is by fate (or foreordination) that men do what they do, or suffer what they suffer. Rather, we maintain that each man acts rightly or sins by his free choice...Since God in the beginning made the race of angels and men with free will, they will justly suffer in eternal fire the punishment of whatever sins they have committed.”- Justin Martyr

“Lest some suppose, from what has been said by us, that we say that whatever occurs happens by a fatal necessity, because it is foretold as known beforehand, this too we explain. We have learned from the prophets, and we hold it to be true, that punishments, chastisements, and good rewards, are rendered according to the merit of each man's actions. Now, if this is not so, but all things happen by fate, then neither is anything in our power. For it is predetermined that this man will be good, and this other man will be evil, neither is the first one meritorious nor the latter man to be blamed. And again, unless the human race has the power of avoiding evil and choosing good by free choice, they are not accountable for their actions.”- Justin Martyr

“We were not created to die. Rather, we die by our own fault. Our free will has destroyed us. We who were free became slaves. We have been sold through sin. Nothing evil has been created by God. We ourselves have manifested wickedness. But we, wo have manifested it, are able again to reject it.”- Tatian

“But man, being endowed with reason, and in this respect similar to God, having been made free in his will, and with power over himself, is himself his own cause that sometimes he becomes wheat, and sometimes chaff.”- Irenaeus

“....who have been chosen according to the foreknowledge of God the Father, through the sanctifying work of the Holy Spirit, to be obedient to Jesus Christ and sprinkled with his blood:”- 1 Peter 1:2

This is a favorite verse of those who advocate the Calvinist view of the “elect”, but does it really argue for foreknowledge as causation? We have already discussed foreknowledge as provision for all potential eventualities in connection with Man's free moral agency. With that in mind, it is a simple matter of applying this understanding to the words of the Apostle.

In this case, those who are chosen are those who have believed freely, and because God has foreknowledge of those who will believe, he has made provision for them, through the Holy Spirit's sanctifying work, to be obedient to our Lord. This in no way supports the idea of the “elect” being somehow a class set apart without any act of willful assent on their part, as is necessary in Calvinism, foreordained to achieve eternal life. As the Church Father Methodius put it:

“God is good and wise. He does what is best. Therefore, there is no fixed destiny.”

Scripture is clear that Man must cooperate with the Holy Spirit in order to be saved. Cooperation of course implies free moral agency, which in turn requires a willful act of assent.

“Moreover brethren, I declare to you the gospel...by which also you are saved, if you hold fast that word which I preached to you..”- 1 Corinthians 15:1, 2

But what of Romans 8:29? Does it not state that God predestined an elect class?

“For those God foreknew he also predestined to be conformed to the image of his Son, that he might be the firstborn among many brothers and sisters.”- Romans 8:29

This verse too is often used as a proof text for the Calvinist view. But it does not meet the Calvinist criteria once we examine it closely? No. It simply means that God foreknew that some would exercise their free moral agency to receive the gift of salvation (“those God foreknew”), and in His sovereignty, provided a way (just as in 1 Peter 1:2) for them to be conformed to the image of Christ. Nothing in the verse demands any act on God's part that nullifies Man's free moral agency. In fact, Scripture states clearly that God desires all to come to repentance, which would make no sense if some were predestined not to come to repentance, as Calvinists claim.

“The Lord is not slack concerning His promise, as some count slackness, but is longsuffering toward us, not willing that any should perish but that all should come to repentance.”- 2 Peter 3:9

In the final analysis, the Calvinist view, while it seemingly meets Scriptural standards, does so only if we ignore or abuse other key biblical doctrine, as well as the common consensus of the church as witnessed to in the writings of the Church Fathers.

In closing, we can take as our definition of God's foreknowledge that gleaned from Scripture and the Church Fathers, as explained above, and set forth succinctly by Dr. Mark Bird.

“Foreknowledge is the doctrine that God knows everything, including future events and all contingencies. He knows what will happen and what would have happened had people made different choices. He knows the consequences of all possible choices or events. For God to know the future does not mean that He causes it. Knowledge does not imply causation. Just because we know the sun will rise tomorrow doesn't mean that we will make it rise.” 2