What Is Christian Civil Disobedience? 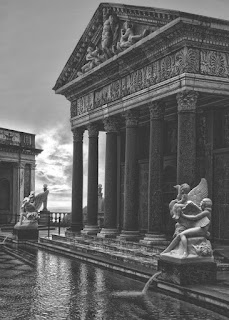 Christians are increasingly finding themselves at odds with the culture around them, and in some cases this has caused legal problems for the Christian involved. Whether it be bakers who refuse to participate in gay weddings, even subtly, or Christian wedding chapels refusing to host LGBTQ weddings, Christians find themselves subject to litigation, and have even lost their businesses. The situation only seems to be getting worse, with legislation under the title The Equality Act recently passing that would in effect criminalize the Christian Faith. This brings up the logical questions as to whether there is a point when civil disobedience is appropriate for Christians, if at all.

In cases of conflict, that is, when two authorities prescribe contradictory obligations for members owing allegiance to both powers, the authority of the Faith must prevail over that of civil society. In temporal matters there arises, sometimes in the ordinary course of things, sometimes through exceptional circumstances, a spiritual interest which the Christian must safeguard; at the same time the purpose or object of such interests may not be of a sufficiently supernatural character to place them altogether in the spiritual or supernatural sphere; hence these are called mixed matters; a case in point is the question of the temporal possessions of the church. All that is held sacred by the church for any reason whatever, all that pertains to the salvation of souls and the worship of God, either in its nature or its end, comes under the authority of the Christian Faith and the Church proper. This is the proper domain of the Church, and consequently she has a right to exercise her authority in regard to governments as well as in regard to the individual faithful. Nevertheless history attests that in questions of this nature Christians must always try to act in concert with the State, in order that such matters may be regulated by a common agreement, rather than by a summary and supreme decision on her part. This is what Sacred Scripture demands of us. (Romans 13:1-2) What is essential to the end of Man, that is, his created purpose and eternal destiny, takes precedence over that which is temporal. That which is necessary to Man's salvation is infinitely superior to the State. What, in fact, are temporal goods compared to eternal? As Christ said, what will it profit a man to gain the whole world if he lose his own soul? (Mark 8:36) All earthly possessions, and civil society itself, are only means given by God to Man to lead him to his created end, eternal life. The proper and immediate end of the State is to promote the temporal happiness of Man; therefore in everything relating to the created end of Man the State must be subordinate to the Church.

This doesn't mean the Church and the State are at odds. The Church and the State should mutually assist each other. The conflicts we have already noted are extremely egregious; they are injurious to the good of the Church and Christians, as well as to that of the State. There should be between the two powers well-ordered relations, analogous to those which constitute in Man the union of body and soul. God has established both powers, has provided for their needs by clearly explaining the relations that should exist between them.

The Church should likewise aid and protect the State. This duty, which doesn't need to be demonstrated, Christians shouldn't dispute; Christianity fulfills this duty by her teaching concerning the divine origin of temporal power, and the necessity of obedience to all lawful authority; by her prayers, her sacraments, and her worship, which help subjects to fulfill their civil obligations.

It is only when the State demands some law which, by its very character, militates against the Christian Faith, or would require compromise of the Faith, that Christians have the duty before God to peaceful civil disobedience, while pleading their case to the governmental powers. Such disobedience doesn't include violent rebellion, as this has been taken off the table, as explained in Romans 13. And even when moved to such disobedience, it is not out of hatred for the government, but because the government, legislating in error, has forced the Christian to choose between God and Caesar, between Faith and State. In this, the Christian's disobedience is an act of supreme love for God and of respect for the State, in that it is coupled with the attempt to seek to reason with the State in peace, and not to cause social upheaval. Revolution has no place in the Christian worldview.


"I owe no duty to the forum, the election-ground, or the senate-house; I keep no obsequious vigil, preoccupy no platforms, hover about no praetorian residences; I am not fond of the canals, am not fond of the lattices, am no constant wearer out of benches, no wholesale router of laws, no barking pleader, no judge, no soldier, no king: I have withdrawn from the populace. My only business is with myself: except that other care I have none, save not to care.
But as those in whom all ardor in the pursuit of glory and honor is dead, we have no pressing inducement to take part in your public meetings; nor is there aught more entirely foreign to us than affairs of state.
All the powers and dignities of this world are not only alien to, but enemies of, God; that through them, punishments have been determined against God’s servants; through them, too, penalties prepared for the impious are ignored."-Tertullian