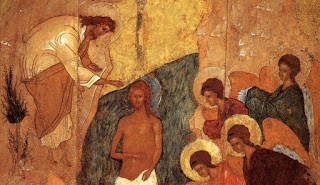 What is Eternal Generation?

Eternal generation is best defined as "that eternal and necessary act of the first person of the Holy Trinity, God the Father, whereby He is the ground of a second personal subsistence like His own, with the Divine Being. He further puts the second person in possession of the divine essence in its totality, without any division, alienation, or change". 1

“Notice that this generation of the Son from the Father is both eternal and necessary. It did not occur in time. And it did not come about from a choice of the Father. If it had, then the Son would be contingent and thus less than divine. Also notice that it is a person that is generated. The essence of divinity was not generated, for the essence of the Father and the Son are the same. We should say that a person is generated, and that thereby the essence of divinity was communicated from the Father to the Son. This eternal generation does not cause there to be a division in the divine essence. God remains one. Because of this eternal generation, the Son is the express image of the Father's person.”2

The Church Fathers witness to this understanding as well. For example:

“The divine scripture everywhere demonstrates Him to be born of the Father.”- Novatian 3

“The unbegotten God commanded the First-Born (the begotten) of all creation..”- Origen 4

It is important to note that the Church Fathers all expressed the same position. That is, Christ was the begotten God and Son, from (or generated from) the unbegotten God, the Father. Thus this “begetting” is not like physical procreation, but is a spiritual generation.

Sacred Scripture bears witness to this eternal generation as well. For example, John 1:18 speaks of God the Son as “monogenes”, which is properly translated as “only begotten”.

“No one has seen God (the unbegotten Father) at any time; the only begotten God (the Son, Jesus Christ), He has revealed Him.”- John 1:18

Some translations, in order to avoid the clear implications of the word John uses here (monogenes), instead translate only begotten as “unique Son”. This does violence to the scripture verse as while such translations do convey Christ's unique relationship with the Father, by leaving out the clear intention of the biblical author who sought to convey not only Christ's unique relationship, but His necessary derivation, it undermines an orthodox Christology.

Another example would be John 5:25-27. Paying close attention to verse 26 we find:

Returning again to Dr. Mark Bird, he writes of this passage:

“Because the Father has (eternally) granted the Son to have life in Himself, the Son can give life to others. Because of the Father, the Son is self-existent. And because the Son is self-existent, He has the intrinsic power to raise the dead from the grave. If Christ's human, physical life was being referred to in John 5:26....then how would that qualify Christ to give life to others? No, the incarnation was not being referred to; the verse teaches eternal generation.” 6

The Nicene Creed's Christology is clearly indicative of eternal generation as well. The relevant section reads:

“...And in one Lord Jesus Christ, the only begotten Son of God, begotten of the Father before all worlds; God of God, Light of Light, very God of very God; begotten, not made, being of one substance with the Father..”

This statement on Christology cannot in any sense apply to the incarnation, since it occurred in time and space. Rather, the inclusion of the words “begotten of the Father before all worlds” is a clear statement of eternal generation.

None of this is to suggest that the Son is somehow different in quality. As Matt Slick of CARM writes:

“The term 'eternal generation of the Son' can be misunderstood to suggest that there is a qualitative difference between the Father and the Son, and that somehow...the Son came into existence.” 7

This is in no way the case, nor is it suggested in eternal generation. The fact is that this generation is truly eternal and, as noted necessary, and thus Christ at no time ever began to exist, but is eternally begotten necessarily by the Father. As Dr. Wayne Grudem writes in his Systematic Theology:

“If we do not have ontological equality, not all the persons are fully God.” 8

The Athanasian Creed spells out that the Son is begotten and not created (therefore did not begin to exist), as well as the equality of the Father and Son.

“The Father is made of none, neither created nor begotten.
The Son is of the Father alone, not made nor created, but begotten.”

“But the whole three persons (of the Trinity) are coeternal and coequal.”