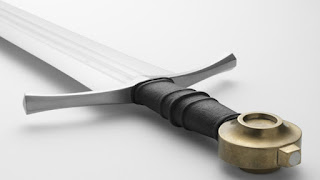 Why should we spend time learning about angels, demons, Satan, and the many issues involved in the existence of evil in our world? After all, we have come a long way since the Middle Ages. Science has given us the knowledge that the earth is round, that the planet we live on is not the center of the universe, of gravity, medical breakthroughs, and psychosis. Those things that were at one time considered evidence of the demonic are now known to be mental illness or some other illness, right? This is the thinking of the post-modern person; science has all the answers. Is this true? Does science provide all the answers? Have we intellectually outgrown the belief in angels, both good and fallen? Certainly the hardcore Atheist will say so. The truth of the matter is, however, that science has not answered any of the age old existential questions. Questions like: What am I? Where do I come from? Where does anything that exists come from? Where am I going? Does God exist? Is there life after death? What is the meaning of life? While those given to the religion of Scientism will suggest these questions have been answered, what had really occurred is that this faith in science as possessing all truth is really a replacement religion. They have traded God for a cold universe that arose by pure chance and the soul for a nihilistic view of human life and death. Indeed, Scientism (really a disguise of atheism) is self refuting.

"Supposing there was no intelligence behind the universe, no creative mind. In that case, nobody designed my brain for the purpose of thinking. It is merely that when the atoms inside my skull happen, for physical or chemical reasons, to arrange themselves in a certain way, this gives me, as a by-product, the sensation I call thought. But, if so, how can I trust my own thinking to be true? It's like upsetting a milk jug and hoping that the way it splashes itself will give you a map of London. But if I can't trust my own thinking, of course I can't trust the arguments leading to Atheism, and therefore have no reason to be an Atheist, or anything else. Unless I believe in God, I cannot believe in thought: so I can never use thought to disbelieve in God." 1

This astute observation by Lewis is something we can see in operation in our world today. The news is replete with stories demonstrating how humanity is quite capable of being led astray by its own thinking. This is most often the case precisely because, while we have university courses on everything you can imagine, we have no classes on how to think. Philosophy is offered perhaps, but is rarely a required prerequisite for studying much of anything. In fact, philosophy majors, unless they teach at the college level, are likely to work the drive through at the local fast food restaurant. This is how little emphasis we as a culture place on how to think. Of course, this crippling of the faculty of thought plays into the hands of the Atheistic Naturalist who uses scientific language to dupe young minds into accepting the new religion of Scientism.

It is against this prevailing culture of disbelief that we must bring the torchlight of truth. And so we have our definition of spiritual warfare, which is as follows:

Spiritual Warfare is the act of bringing the power, perspective, and passion of Truth and the life of the Gospel against everything that is set against the knowledge of God. 2