Spiritual Warfare Part Two: The War of the World 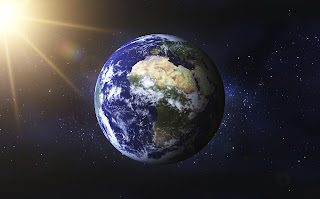 Spiritual Warfare is the act of bringing the power, perspective, and passion of Truth and the life of the Gospel against everything that is set against the knowledge of God.

This is an admittedly broad definition precisely because the subject matter and scope of spiritual warfare is broad in its scope as well. It touches on all aspects of life. In fact, it is no stretch to say that human life is spiritual warfare. Everyone is engaged in it at every moment of every day, whether they know it or not. It is a war of the mind, the eyes, of speech, of culture, of science, and so on. There is not a single area of life that is not at some level influenced by spiritual realities.


We find each of these listed in Sacred Scripture.

In the next few articles we will examine each of these. First we start by examining the World.

The World
When you think of the world what do you see in your minds eye? Some see the created world- trees, oceans, rivers, sky, etc. Others have a more encompassing vision that takes in the entirety of the known cosmos. Still others think of geo-politics and global government. The fact is that the world is all of these things. It is the created world we live in, it is our cultures, societies, values, attitudes, politics, entertainment, employment, and more. It is everything that surrounds us, everything that humans engage on a daily basis, whether out of necessity or choice. It is no leap of logic to say that the surrounding environment has a significant impact on us. For example, the current culture supports an evolutionary worldview. This has resulted in many people rejecting the veracity of the Gospel and as a result the moral law of the Bible. Even some Christians have capitulated to the pressure of Atheistic Naturalism in their acceptance of Evolutionary Theory and thereby, a rejection of the inerrancy and anthropological veracity of Sacred Scripture. This places them in a difficult position to say the least, since if Sacred Scripture contains error in matters of anthropology then we have no reasonable  basis upon which to trust it in matters of faith. This is an example of the World defeating some segments of the church, and is one facet of the spiritual warfare raging all around us.

Our current culture and political climate also embraces the Cultural Marxist worldview. This is undoubtedly a result of the erosion of faith through the advancement of evolutionary theory and Atheistic Naturalism. Cultural Marxism has brought us such social plagues as abortion, gay marriage, immigration problems, weakened economies in pursuit of financial equality, the current spread of riots in our streets and on university campuses, transhumanism, transgender rights, radical feminism, the LGBTQ movement, and an activist judiciary working on behalf of the Cultural Marxist agenda. All of these things are aimed at the eradication of anything considered "divisive" or "repressive", which is defined as anything promoting traditional family values, traditional Christian faith and morality, and the freedom to hold and proclaim opinions at variance with the Cultural Marxist agenda,

The World also encompasses entertainment. The movies and television we watch and the music we listen to is a reflection of whats side of this spiritual war we are on. Even a cursory search for rap lyrics reveals messages of the most disgusting and violent nature possible. Themes glorifying rape, sexual promiscuity, hatred and abuse of women, and violence against police, white people, and opposing gang members litter the genre. Or we could look at the many pop songs promoting the various social platforms of the Cultural Marxist revolution; songs like Lady Gaga's "Born This Way", which has become an unofficial theme of the LGBTQ community.

"Don't hide yourself in regret
Just love yourself and you're set
I'm on the right track, baby
I was born this way."

Spiritual warfare on the level of the World most often manifests as values battles. This is one of the reasons the apostle John wrote the following admonition:

These values battles take the form of attitudes and actions we might not even be aware of. Things like "rugged individualism"- the I can do it myself attitude that can negatively impact one's ability to trust in and rely on God and His promises. For others it manifests as the societal assumption that wealth is the key to status, admiration and meaning in life. Carefully examine your own life. Look for areas in which you are perhaps unknowingly living principles, holding to ideas and opinions, or otherwise loving the things of the World.