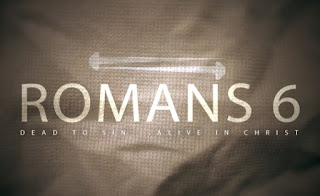 All sin is essentially self-centeredness. This is the core of the human predicament. If you look deeply into your sins, you'll find they were all about satisfying you; your lusts, your appetites, and your disordered desires. As a Christian, we know we have a remedy for this. That remedy is called the Spirit filled life- or Entire Sanctification. We have to fully surrender our lives, each and every aspect, to the will and control of God.

What shall we say then?Are we to continue in sin that grace may abound? By no means! How can we who died to sin still live in it? Do you not know that all of us who have been baptized into Christ Jesus were baptized into his death?We were buried therefore with him by baptism into death, in order that, just as Christ was raised from the dead by the glory of the Father, we too might walk in newness of life.

For if we have been united with him in a death like his, we shall certainly be united with him in a resurrection like his. We know that our old self was crucified with him in order that the body of sin might be brought to nothing, so that we would no longer be enslaved to sin. For one who has died has been set free from sin. Now if we have died with Christ, we believe that we will also live with him. We know that Christ, being raised from the dead, will never die again; death no longer has dominion over him. For the death he died he died to sin, once for all, but the life he lives he lives to God. - Romans 6:1-10
This scripture captures the essence of your union with Christ. The death, burial and resurrection of Christ are vibrant, life changing events that transform how you live from the very moment you receive Him. And now, you have to live that reality!
Do not present your members to sin as instruments for unrighteousness, but present yourselves to God as those who have been brought from death to life, and your members to God as instruments for righteousness. -Romans 6:13
We have to move beyond the beginning stage of spiritual life and into the mature stage by surrendering ourselves completely to the will of God on an ongoing daily basis. As Dr. Allan P. Brown1 writes, “Each Christian must consider his death, burial, and resurrection with Christ as an accomplished, life-changing event (6:11). “Even so consider yourselves to be dead to sin, but alive to God in Christ Jesus.” The word, reckon (logizomai), is a command for the Christian to take account of what actually is. It is a bookkeeping term, and previously occurred in Romans 4:1-12 in relation to Abraham's justification.1 For example, “Abraham believed God, and it was counted unto him for righteousness” (Romans 4:3). Again, “Even as David also describes the blessedness of the man, unto whom God imputes righteousness apart from works” (Romans 4:6). Bible translators use various English words, such as “reckon,” “impute,” “count,” “credit,” or “take into account,” to translate the Greek word. No matter what English translation a person prefers, the term is not speaking of imagining something that is not really true. It is not speaking about something that is simply is not true, or that you wished was true. Rather, it is a command for Christians to not only believe what is God says is true about them because of their union with Christ, but to demonstrate the reality of their death to sin by daily victory over it.”2
Far too many Christians have been infected with the pop-theology that says, “Oh well, I'm just a saved sinner. I just have to keep asking forgiveness. There's nothing I can do to stop sinning.” This is one of the most damaging false teachings to infect the church today! It amounts to excusing one's lack of faith, lack of will, and repeated disregard for Christ's admonition to “Go, and sin no more.”(John 8:11) Was Jesus giving a command that was impossible to fulfill? If so, this makes Him cruel. As we know that is absolutely not the case, then the command to “sin no more” must be something we can and should do.

1Professor and Chair of the Division of Ministerial Education at God's Bible School and College, Cincinnati, Ohio.