Heroes of the Faith: John Wesley 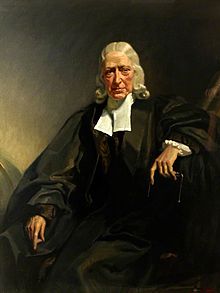 I could scarce reconcile myself to this strange way of preaching in the fields, of which he [Whitefield] set me an example on Sunday; having been all my life till very lately so tenacious of every point relating to decency and order, that I should have thought the saving of souls almost a sin if it had not been done in a church. 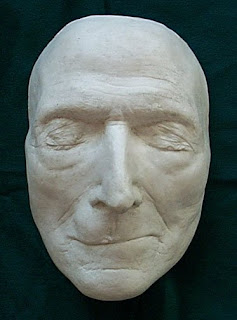 His brother Charles was alarmed by the ordinations and Wesley's evolving view of the matter. He begged Wesley to stop before he had "quite broken down the bridge" and not embitter his [Charles'] last moments on earth, nor "leave an indelible blot on our memory." Wesley replied that he had not separated from the church, nor did he intend to, but he must and would save as many souls as he could while alive, "without being careful about what may possibly be when I die." Although Wesley rejoiced that the Methodists in America were free, he advised his English followers to remain in the established church and he himself died within it.
Wesley died on 2 March 1791, in his 87th year. As he lay dying, his friends gathered around him, Wesley grasped their hands and said repeatedly, "Farewell, farewell." At the end, he said, "The best of all is, God is with us", lifted his arms and raised his feeble voice again, repeating the words, "The best of all is, God is with us." He was entombed at Wesley's Chapel, which he built in City Road, London, in England. The site also is now both a place of worship and a visitor attraction, incorporating the Museum of Methodism and John Wesley's House.
Because of his charitable nature he died poor, leaving as the result of his life's work 135,000 members and 541 itinerant preachers under the name "Methodist". It has been said that "when John Wesley was carried to his grave, he left behind him a good library of books, a well-worn clergyman's gown" and the Methodist Church.
Labels: Anglican Church Christianity Church History J. Davila-Ashcraft John Wesley Methodism Methodist Church Moravians paleo-orthodoxy