P.Z. Myers says,"Christianity Has Been on the Wrong Side of History..." 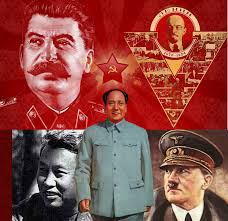 Well known (read "infamous") atheist P.Z. Myers, with the usual venomous hyperbole of the Cultural Marxist milieu, posted an article on his blog titled Evangelical Christianity: A Movement Built on Hypocrisy by the Worst People in the Country.

I bet you can't guess what he thinks of Christians.

I hesitate to consider his blog post a serious work of insight. It is really nothing more than a form of extremist Marxist propaganda very poorly disguised as insightful commentary. His post featured a video clip of another Leftist, Samantha Bee, as she made fun of evangelicals for supporting both Ted Cruz and Donald Trump. Myers' keen insight on this was as follows:


"Samantha Bee gives a history lesson, and as always, evangelical Christianity has been on the wrong side of history, and for the worst reasons, and under the leadership of some of the most awful, terrible, horrible people."

The most awful, terrible, horrible people, eh? While I certainly don't like Donald Trump as a candidate, and I share the shock at those evangelicals who support him (a minority of evangelicals, by the way), I think P.Z. Myers needs another history lesson. For example, atheism, Evolution and the socio-political movements to spring from the theory have given us some wonderful Leftist leaders (sarcasm), such as Adolf Hitler and Josef Stalin, as well as providing the "scientific" pretext for Racial Eugenics. Of course, this stuff is ignored or brushed off by militant atheists like Myers. Not to be deterred by the facts of history, he writes:

"It’s also telling that they have so consistently rejected the people who espouse positive Christian values (like Carter) to support scum (like Reagan). At least nowadays they’re reduced to choosing between scum (Cruz) and scum (Trump), and they still favor the least Christian, and most bigoted choice."

Do note the name calling, the standard method of communication for the Leftist idealogue with little substance to support their position. Beyond the lesson in Cultural Marxist  rhetoric, what is even more interesting about Myers' vitriol is the people he seems to think are virtuous Christians, and those he doesn't. Again, I'll agree with him that Trump isn't a Christian candidate at all, but to toss Jimmy Carter's name in the mix as a paragon of positive Christian values is amusing to say the least. Carter, who is widely considered one of the weakest presidents in American history, and who is a well known anti-semite somehow rises to the level of acceptability in Myers' odd worldview. Even Rabbi Schmuley Boteach, once a staunch defender of Carter wrote the following in his article The Moral Disintegration of Jimmy Carter:

"Mr. Carter’s recent accusations of Israeli war crimes, his demand for a United Nations investigation into Israel’s actions in Gaza, and his call for Hamas – a genocidal terror organization – to be recognized as a legitimate political partner by Israel is making it near impossible not to ascribe to Carter some nasty feelings toward the Jewish state."

So let me get this straight; Myers wants us to know that Carter, who thinks a terrorist organization like Hamas is trustworthy and should be legitimized, and who is an anti-semite, is a better Christian than Ronald Reagan. You can't make this stuff up, folks.

The facts of history the ever sarcastic Myers ignores are that between the years 1917 and 2007, 148 million people died as a direct result of pogroms prosecuted by avowed atheist leaders and their regimes.

Atheism is replete with examples of ethically and morally corrupt individuals lauded as great thinkers and leaders. People such as:
My suggestion to P.Z. Myers would be to tread lightly when pointing the finger at Christians or conservatives, considering the truly objective "scum" who share the title "atheist" with him are obvious stains on human history.

Addendum
By way of demonstrating the absurdities that P.Z. Myers promotes, he appears in this video claiming humans are fish. Yep. Fish.